For Mac OS users, there is a system setting that may not allow you to tab onto several types of elements in a web page. To change this setting:

Select the Shortcuts tab. Make sure the box for "Use keyboard navigation to move focus between controls" is checked.

Select the Advanced tab. Make sure the box for "Press Tab to highlight each item on a webpage" is checked.

Switch To A Different Campus

Our chess club will start soon this school year.  Our standard practices are hosted in my room (D210) Thursday and Friday mornings (with teacher permission).  Remember Chess is a priveledge and priveledges can be taken away so our chess club members are expected be champions off the board as well as on the board.  Show up to class on time, finish assignments, and go to class regularly or else you may lose the privelege to be part of our Championship Chess Team.

On March 3rd, and 4th, STEM ECHS Chess Team particpated at the State Chess Tournamnet in Edinburg and in their division, crushed their competition.  We won first place as a team and will be heading to the National High School Chess Championship April 27th - 29th at Columbus Ohio. 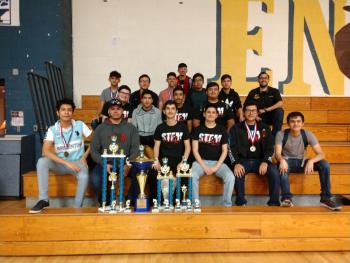 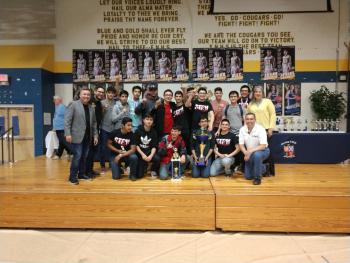 On January 27th and 28th STEM ECHS Chess Team particpated at Regionals and in their division, crushed their competition.  We won first place as a team and will be heading to the state competition March 3rd and 4th. 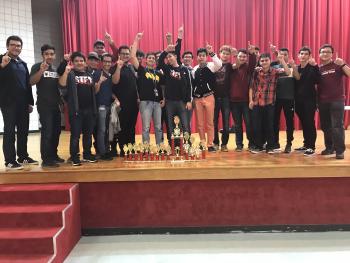 Chess, at its most basic form, is a vicious game with one mind pitted against another.  Chess is a board game played between two people requiring extensive cognitive thinking. Each player has sixteen pieces, either black or white, in correlating patterns to capture your opponent's pieces without breaking the golden rules of chess. Ultimately, the sole purpose is to crush or destroy your opponent by attacking your opponent's king without a chance of a possible escape, better known as 'Checkmate'. Unlike most games, chess does not involve luck.  There is no roll of the dice. There is no cut of the deck.  There is no spin of a wheel. It does not matter if you are male or a female, rich or poor, young or old.  All that matters is outplaying your opponent in the allotted time before they find a way to checkmate your King.

We might ask ourselves, what is it that I gain by practicing this intricate game of chess? It is quite simple. Chess helps any individual of all types to develop special thinking methods skills for all situations in life. It is a great game that aids in the retention of information and it helps you recognize complex, skillful variations. Chess develops logical thinking; it requires the plan and understanding of a logical strategy. According to Coach J.J. Guajardo Jr., “Chess mimics life.  Chess teaches you that actions have consequences, whether positive or negative.  One must think before they act. It also teaches students that if someone wants to find success, one must prepare extensively to outperform their competitors”.

It is impossible to avoid mistakes, as it is part of the whole process of mastering the art of chess at a superior level. Making mistakes means we are always in the constant process of learning new techniques on how to strengthen your position; it is the same thing with life.  We learn from the mistakes of the past to accommodate an array of better choices that keep us in a better position. It is often mistaken, that chess is pure luck; however, it is evident that chess is free from luck and solely depends on the cognitive skills of each player. Playing chess is an encouragement of the everlasting aim towards progress, always steering to ignite the flame of victory. In simple terms, it is a never-ending process of learning and acting upon the knowledge acquired from playing.

Students at Thelma Salinas STEM ECHS are hungry for chess and its competitive nature.  What is amazing to see is that our students have found success in a game that takes a lifetime to master.  The STEM Chess Club surpassed its expectations at the state competition beating students who have years of experience.  Jose Flores stated, “It was a little intimidating knowing that we were playing against students who have played chess for over five years when we have only been playing chess for six months, but Coach Guajardo had prepared us and we practice regularly in order to excel at the competition.”

There will be a Super Nationals Tournament in May in Nashville Tennessee where there will be over 5,000 chess players competing in what is sure to be the biggest chess tournament in U.S. history.  Even though the Chess Team can advance to Super Nationals, the team is unsure if they can attend due to the amount of money needed for expenses.

For those students who are interested in a practice chess tournament on December 3rd, come sign up in Mr. Guajardo’s Classroom.  B2037

Mr. Guajardo will give you information about the tournament.

Remember there is a UIL meet that day as well so only participate in chess tournament if you are not participating in UIL meet. 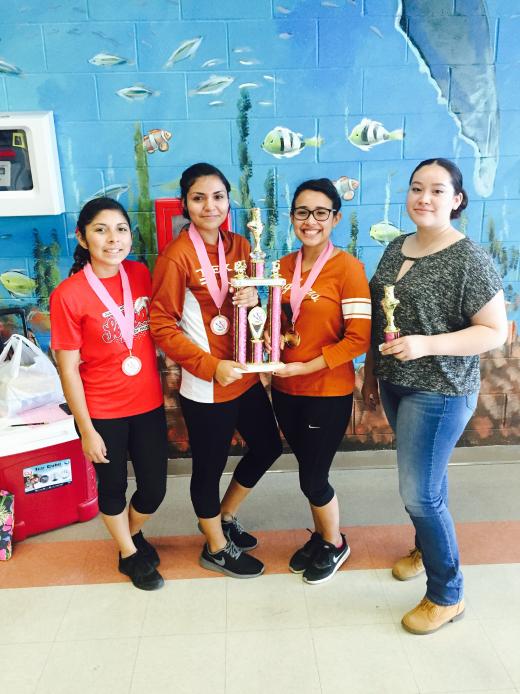